Future Courses — But, ALL CLASSES are FILLED already:

The demand for these lifeguard classes are high!

A third session for each course is needed to cover the dry time for learning, practicing and testing for the CPR and First Aid sections of the class. Those sessions are yet to be scheduled and may be at another facility.

The teacher for both of these courses is Merci, the head swim coach for the teams at Oakland Catholic and Central Catholic.

The cost to get re certified is $100. The cost for new lifeguards is $190.  You will need to bring a check to the first class period.

Lifeguards use Rescue Tubes — and old ones are to be avoided Lifeguards get new certifications with Coach as an instructor. Aware of the leading cause of death among children under the age of five?

Only 19% of Americans are aware that drowning is the leading cause of accidental death among children under the age of five.

Source: StopDrowningNow.org and data from a national poll released by Harris Interactive and eSafetyAlert.com.

Do not let tragedy be your teacher!

Not on Your Watch from Mark Rauterkus on Vimeo.

Video is part of the lifeguard training from the American Red Cross.

Dormont wants to put in a 1-meter diving board, but the water depth is only 9-foot. Ugh 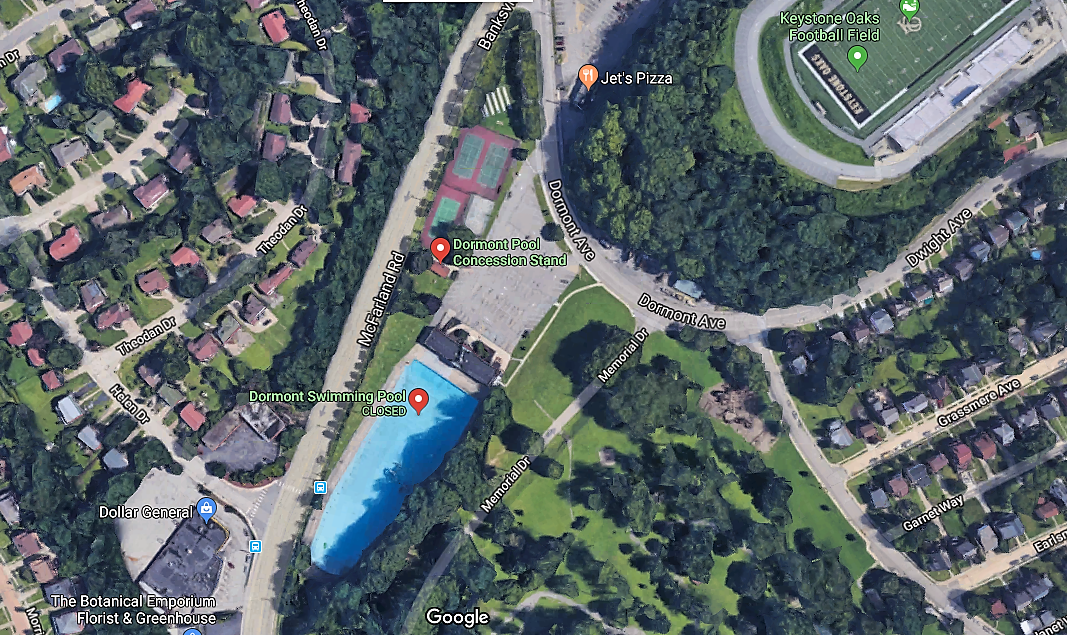 Diving board for Dormont community pool temporarily up in the air

The idea of purchasing a new diving board for the Dormont Pool landed like a cannonball on borough council members earlier this month, but a re-vote is scheduled for March on whether to accept a community group’s donation for one.

The Friends of the Dormont Pool raised about $7,000 to pay for the installation of a diving board for the deep end of the 88-year-old community swimming pool, but council president Kim Lusardi said officials began floundering when councilman John Maggio — who is also president of the Friends board of directors — asked them to vote Feb. 7 on a variance allowing a 1-meter-high diving board over 9 feet of water.

“There were members of council who knew nothing of the borough’s application for a variance, and we had no criteria for which we were grant(ing) the variance,” Lusardi said. “We voted on the diving board according to the information we had at that time.”

The council asked for additional information on the actual depth of the pool and whether the diving board would comply with safety regulations, but voted it down 4-3 based on the scant information they had, she said.

Since then, Maggio said the proposal has been refined and measurements were made to confirm that the diving board would be only a half-meter high, in a part of the pool that is 10 feet deep — which won’t require any variances from the borough.

“I thought it was a minor issue,” he said. “Everything was already looked at, taken care of. We had everything in line.”

He said the borough’s solicitor and insurance company have signed off on the half-meter diving board, which would not raise the pool’s insurance premiums.

“Most of council agrees that a diving board would be an asset to Dormont Borough pool,” Lusardi said.

The council could vote again on the diving board at its March 7 meeting, which Maggio hoped would give the Friends of the Dormont Pool a chance to announce good news at its annual St. Patrick’s Day fundraiser dance and begin installation that month.

“It would be nice to make the announcement at the St. Patrick’s Dance,” he said. “The people who support the dance and support the pool are really the ones who paid for that diving board.”

Don’t get a diving board. Don’t do it!

The depth of the pool is not well suited for a springboard. I do not think it makes sense to install a 1-meter diving board over 9-foot of water. The water depth of 12-foot would be fine, but 9 is too risky.

There are places to dive in the area. Dive at Mt. Lebo High School. Dive at Pitt. Dive at the Allegheny County Settlers Cabin tank where they have a 10-meter tower, and a deeper bottom.

Do something better — get a SKWIM Lagoon instead

The Dormont Pool would be a wonderful place to have a SKWIM stadium or even just a lagoon. There can be a boundary system that makes a tiny part of the pool into a rectangle with a border. Plus, the round floating goals can be set in place with a simple weight in a bag that sets on the bottom of the pool.

A supply of disks, fins and headbands and there could be pick-up games of SKWIM happening at Dormont all summer long.